About a year ago we did a plant evaluation for a client. One of the major findings was that to match the data we had to simulate with far fewer theoretical trays in the DeC1 than we would normally expect. It was noted, and then recently we evaluated the plant again, and again the theoretical trays were much lower than normal. The client performed a tower scan and found that a bed support had collapsed. Therefore, one bed and several distributors were badly damaged and greatly affected the performance. Hence, the lower theoretical stages. Fixing the tower should improve the ethane recovery by approximately 9% and increase NGL output by nearly 5%. 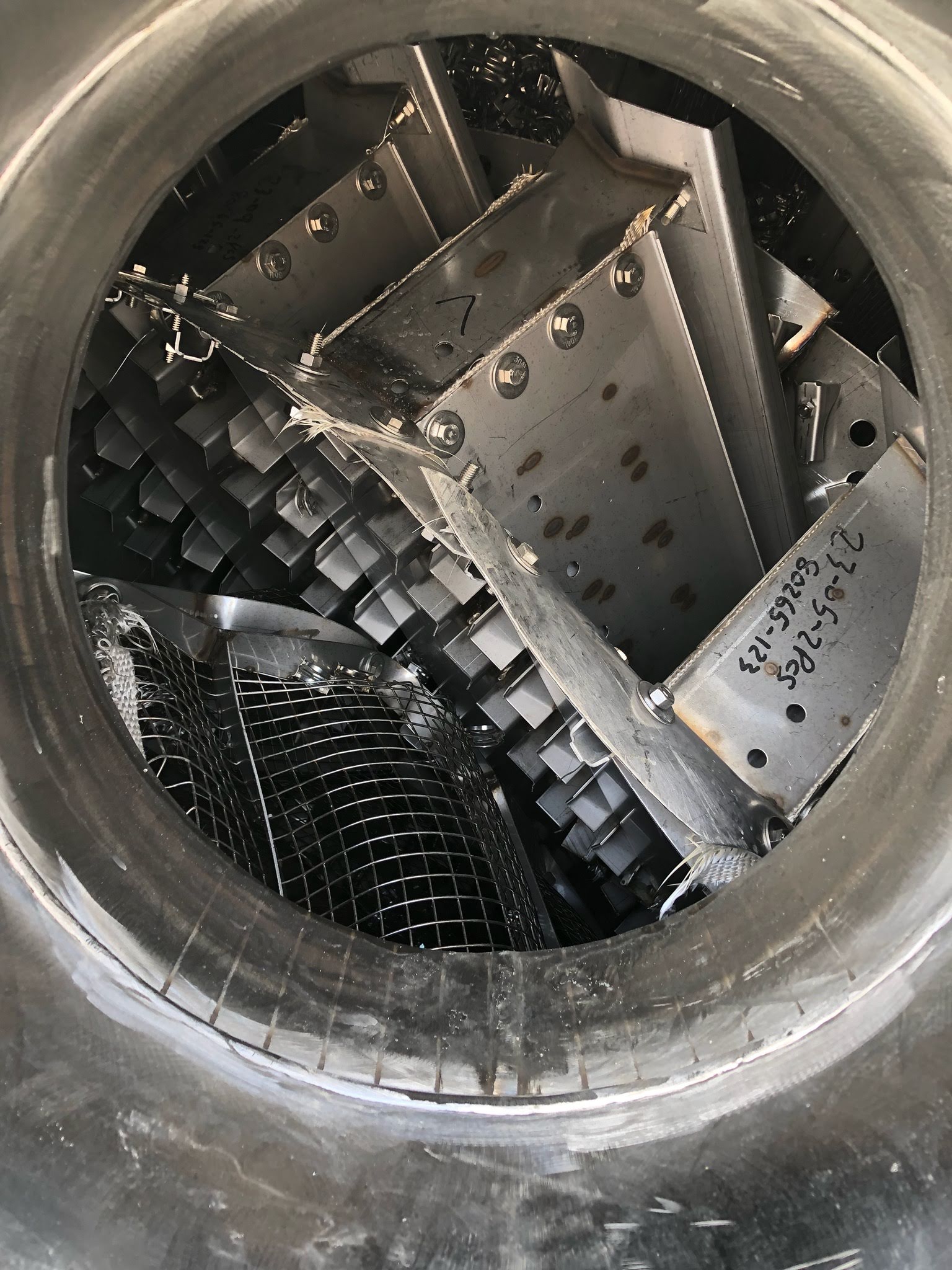